I laughed at this book when I checked it in today. I am a bad person.

(I also stole this image from Amazon – hence the little copyright notices – so I’m a really bad person.) 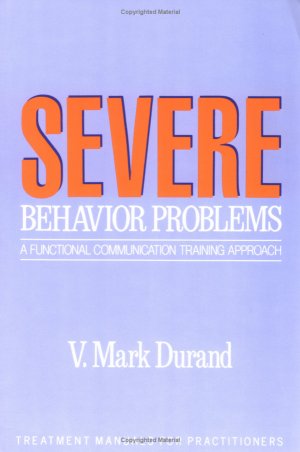 In fact, in general, very little of the food that gets left in the library for people to take away after meetings could be accurately called “good.” This is shocking and saddening, and some action must be taken.

Action like probably “finishing the juice bottles anyway,” seeing as I have to pay for other juice.

Having re-read a bunch of Vorkosigan books again over the past couple days, the tiny angry mob in my head continues to demand another book about Mark. Also, Janet Kagan needs to go write some sort of book. She’s taken enough time off. She needs to get back the book thing. And Rosemary Kirstein needs to write faster. I am not feeling adventurous about reading material, and require that the world provide me with more stuff I already know I like.

This book is apparently a joke, which I guess is good – I’d seen it in Barnes and Noble and whatnot, but never tried to pick it up, because I was afraid it would give me that disease that makes you start a collection of porcelain unicorns.

When I was twelve or thirteen, though, I remember flipping through one of those little stable-bound books with titles like “Eighty Kajillion Million Games to Play With Your Cat” that they have at supermarket checkouts, which cited the book quite earnestly as proof of how smart cats are. I wonder if the staply-book was serious about this, or if the author was actually a very angry dog person unhappy with his/her career.

I made up a new term just now. Ready?

Now I just need to figure out what I mean by it. Cecilia Dart-Thornton?

Somehow, before I even started on my current (very slow) Dorothy Sayers thing, I ended up reading this spoilery post about Unnatural Death. Normally, my brain latches onto spoilers in a hentai-tentaclish manner and ruins my life *forever*, but I’ve been slowly working my way through the book for the past week without ever making the connection.

But I finished it an hour ago at work, all like, “I’ve read this bef – wait, is this the book that ends with *that* really *cool* scene? …*But why.*” So when I got back to the room, I googled a couple lines from the end to figure out where I’d read it before.

(and was kind of like, whoa, because I’d apparently been reading Ms. Monette’s LiveJournal way back months and months ago, before I read her book and I think before I even started my own LiveJournal, and I’d only just now added her to my flist, and yeah, that’s not the issue at hand here)

I guess I’m some sort of test case for her point – I read the ending, thought it was really neat, subsequently forgot *where* I’d read it, read the book, thought it was pretty neat most of the way, and *still* suspected naught until I finished it. This ending doesn’t belong to this book.

It makes me feel all smug when I have the same reaction to a book as smart people. Throughout it I’d been kind of going, Hm, Wimsey, weren’t you having a moral crisis a second ago, from whence springeth the *ultra-flippancy*? Hey, that was pretty dark, just now, but here Miss Climpson’s being goofy with punctuation marks again, and the contrast’s not anything like pointy enough to balance it out right. (And then I also went, Eh, I put up with Penguin Brothers, this is nothing. And then there was the ending and I went like, Oh this is *so just like* Penguin Brothers. Which is probably not a comparison that normal and well-adjusted people make.) The book was just off-balance in general; I think it is cranky.

Apropos of *everything*, I’ve got no idea how I’m supposed to go to sleep in here. I’ve got the window open and the fan on high, but the room is still suffocating. If the dorm were to catch fire, I would not be able to do that “touch the door to see if it’s warm” thing, because my door’s been warm for days. It is a wooden door, it doesn’t conduct heat well enough for that to be an okay thing. I know that violence isn’t the answer, but I may have to at least, you know, leave something malodorous and reddish in hue on phys plant’s doorstep.

I feel like it’s my patriotic duty to review The Hidden Stars by Madeline Howard/Top-Secretly Teresa Edgerton in such a way that you will want to go buy it. But every time I try to start, I end up with some variation on this sentence:

So there’s a problem.

(‘All giant serpents will be fitted with sports goggles to prevent eye injuries.’)

END_OF_DOCUMENT_TOKEN_TO_BE_REPLACED

I’m tired and was having to open them to figure out what they were just now. If stuff can surpass its maker and go rogue, my filenames will shortly be rising up against me.

I think the tempo of songs stretches out in the time they spend sitting on CD’s and hard drives. In a thousand years, an advanced civilization will discover the last remaining open Apache server, and be unable to recognize its contents as music, its pace will have so slowed in the intervening centuries.

Status of review of The Hidden Stars – still too sad

Snow lies heavy on the ground; my element yet reigns, and for this little more time I may continue with my plans…

He’s been my advisor for, I guess, three years now, but I only just a minute ago noticed that Sensei’s middle name is “Stone.”

If you do not know the gentleman in question, and therefore don’t understand how funny that is, I guess all I’ve got for you right now is a link to Gunnerkrigg Court.

I’ve been trying to write a review of that book I was all excited about, and I guess I’ve got all but the sum-up, but I think it’s literally made me *too sad* to finish. I’ll see if I can manage it tomorrow. 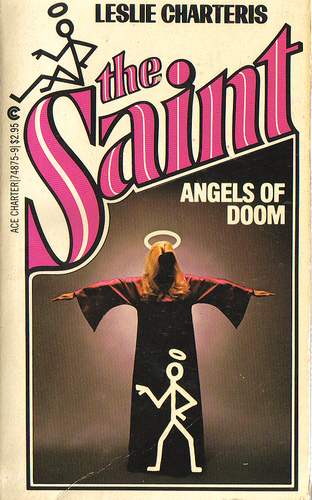 Posing jauntily up a member of the Polyphonic Spree’s robe. *That Saint.*

The book has one of the world’s most intensely awkward first paragraphs:

“The big car had been sliding through the night like a great black slug with wide, flaming eyes that seared the road and carved a blazing tunnel of light through the darkness under the overarching trees; and then they eyes were suddenly blinded, and the smooth pace of the slug grew slower and slower until it groped itself to a shadowy standstill under the hedge.”

You know, one of those kinds of slugs. The ones with the big burny-eyes, that make tunnels. They are common in Florida.

I like how first the slug is “sliding,” but then it has a “smooth pace,” and then he kind of belatedly remembers what it was he was making this silly metaphor about to begin with, and has it “grope itself to a stop” in a more authentically sluglike fashion. Extended metaphors, what’re you gonna do. Mutter. Metaphors…

I guess this is just what happens when you have to crank books out really fast. 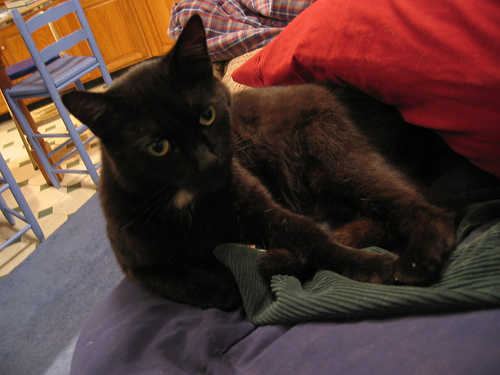 Having put a picture of my cat on my Livejournal, I will now sink back into the foul girly-nerd stew which birthed me. That being, in this case, reading a Lymond book.

And yet all of a sudden I am the happiest girl in the whole wide world and need to get to a bookstore immediately.

Goddamnit, Octavia Butler *can’t* die, I only found her stuff *this month*. That is just fucking not fair.

I swear I didn’t do this on purpose. I swear. I mean, seriously, my life is worth *nothing* if I deliberately, and with malice aforethought, got my familiar up to 1337 kills, so I could take a screenshot for my Livejournal. I just looked at my profile, and Ulf was 1337. It just *happened*. May stuff strike me down if I lie, here.

Ulf Gunnarson is actually the *only* one of my familiars I named after a fictional character. I’m not sure what happened to stuff like naming each of my Pokemon after a different Anne McCaffrey dragon, and calling Gary “Toric” and all. Maybe I’m just getting old.

We are in Nashville. I have been buying books.

END_OF_DOCUMENT_TOKEN_TO_BE_REPLACED

Amazon’s improbable phrases in A College of Magics:

I can almost deal with the valise. I mean, I’m not even sure what one looks like, and anyway “Valise” sounds like the name of the mean girl in some kind of equiphilic YA novel. I don’t know why *women* ever have valises, valises are probably all jerks anyway. I can understand guys not wanting anything to do with the stupid things.

But why don’t women ever get any fucking goggles? What is the *deal*, here, people?! That is just completely out-of-line. Anyone who’s writing or editing a book right now, you’re going to have to slap some feminine goggles in there. Yes, I *am* talking to you, too, Eve Ensler, stop pretending you can’t hear me over your namby-pamby fucking tribal vulva-music. You’re going to *find* a woman who’s wearing goggles, and you’re going to interview her about fucking *something*, or you’re just not welcome on my campus anymore.

And I don’t know how this suddenly turned all hostile towards Eve Ensler. I’m sorry. I mean, I don’t know why anyone would think to go at Eve Ensler like that, it just doesn’t make sense. I don’t even know what the hell I mean by “tribal vulva-music.” If something like that does exist, that’s actually really pretty awesome, and I should appreciate it if you would direct me to a torrent. I mean, Ensler’s still not exempt from the goggles initiative or anything, but yeah, that was pretty random. It’s like hers was just the first name to pop into my head while I had an upset stomach or something.

…okay, right, do we all feel like we’re on track on the goggles thing? No questions? What does this dog want? Go outside! I’ll hiccup really painfully violently at you!

Books that are awesome recently: the Steerswoman series. Rowan and I are getting married, and neither you nor heterosexuality nor any other force of nature have any say in this, Rosemary Kirstein.

Books that aren’t: An Excellent Mystery, the eight kajillionth or whatever book in the Brother Cadfael series. This book has Sexual Politics, which I’ll talk about under the cut, my whole thing being just one big spoiler. (And I also gratuitously spoil book one (A Morbid Taste for Bones).)

END_OF_DOCUMENT_TOKEN_TO_BE_REPLACED

I decided a while ago that the tablet’s name was Cordelia. It’s just occurred to me that I should make a sticker out of the Vorkosigan seal and stick it on there, so I can pretend like it wasn’t Fujitsu that made it, it was some company Mark owns or something.

Oh, my god. Anything bad I’ve ever said about Lois McMaster Bujold, I take it all back. I am going to have A Civil Campaign‘s crazy gender-bending test-tube clone-babies.