END_OF_DOCUMENT_TOKEN_TO_BE_REPLACED

(Spoilers for all of Tsubasa up to this point, xxxHolic up to chapter 157.)

(Edited a few minutes later because I failed to completely gray-out some CCS spoilers.)

END_OF_DOCUMENT_TOKEN_TO_BE_REPLACED

The technical problem is still a problem. Mutter.

I’ve started re-reading Card Captor Sakura because I’m still too grumpy to read anything new, and I’ve just had a revelation about xxxHolic.

Cut for circular spoilers for both xxxHolic up to 157 and all of CCS:

END_OF_DOCUMENT_TOKEN_TO_BE_REPLACED

There’s a shopping center near the dorm called “Wing Town,” and in it is one of these cafes specializing in cuteness that Japan has a lot of, and it is called “Cat’s Cafe.”

A bunch of us went there today, and the whole time I was very concerned that my clone was going to show up in a shower of feathers and/or flower petals, rip my eye out of my head and eat it, and then disappear into another dimension wielding a massive sword and an unfathomable expression. Fortunately, this did not occur, nor did anyone become a vampire or lose their memory for reasons.

We ordered and consumed most of a bucket-sized 4000-yen parfait.

If you have eight people, this parfait is a slightly better deal than the cheapest individual parfaits, but not if you have seven. I calculated it out. Professor Layton is damaging my ability to engage in activities without doing math at them.

(Edited a couple times to fix the picture’s size. Flickr is maybe changing its interface around today?)

END_OF_DOCUMENT_TOKEN_TO_BE_REPLACED

Today Mercury came in to work extremely hung-over. (Her makeup was nonetheless perfect.) She told me this in between moaning and carefully sipping tea in a way that didn’t require her to move her head much, and asked me not to tell Supervisor 009 – but Guy Whose Last Name Is Sexual Slang For Something* had already told her somehow.

I guess he just came onto his shift, saw who was working later on, and then the conversation went something like this:

GWLNISSFS: Oh, man, Mercury consumed considerable quantities of alcohol last night! She is probably going to be extremely hung-over when she comes in to work. Ha ha!

* I don’t have blog-nicknames worked out for everyone I know, you know.

So when she saw Mercury, 009 just smiled and said, all quiet-like, “So, are you a little bit hung-over today?” And in between moaning and drinking, Mercury desultorily cursed GWLNISSFS as a base traitor.

009 sent me on the walking-around jobs so Mercury could sit at the desk, and then, apparently when the moaning did not abate, sent Mercury home. I can’t complain since she did the same thing for me the time I’d stayed up most of the night trying to game the market value of a certain item in a certain MMO, which I imagine is a slightly darker shade of moral gray. 009 is probably way too nice.

“Anachronism is when you have technology being used before it was invented! It happens whenever Shakespeare listens to his MP3s.”

As we all know, I am a sort of AI that constructs its methodology for communicating with others by manipulating apparently-significant phrases found in blocks of text. (I forget the term for this because it is not, apparently, significant.) If anyone ever asks me to define “anachronism,” Dinosaur Comics has given me the data necessary to proceed.

“So what’s he doing in space?”

And this is what I’m going to say when someone patiently asks me to explain my brilliant literary projects.

“What’s she doing in a volcano behind enemy lines?”

It’s even true! For values of “character development” equal to “losing an eye”!

(I accidentally posted this before completely typing out the incomplete test routine the first time. Then I rewrote it again a minute later. I apologize to those of you who were shocked and dismayed by all that.)

holy crap what was that

END_OF_DOCUMENT_TOKEN_TO_BE_REPLACED

Cardcaptor Sakura probably fosters really unhealthy attitudes about honesty. There are all these scenes, particularly in the last couple volumes, of which the moral is basically, It’s okay to deceive your loved ones if you feel like it’s for their own good. Particularly if the loved one is Sakura. She will totally thank you for it – tears in her eyes, screentone with bubbles and flowers, the works.

Facetiousness continues, but with slight spoilers:

END_OF_DOCUMENT_TOKEN_TO_BE_REPLACED

I wish Tomoyo was there, though. And Syaoran was more fun when he had no social skills and exploded all the time. 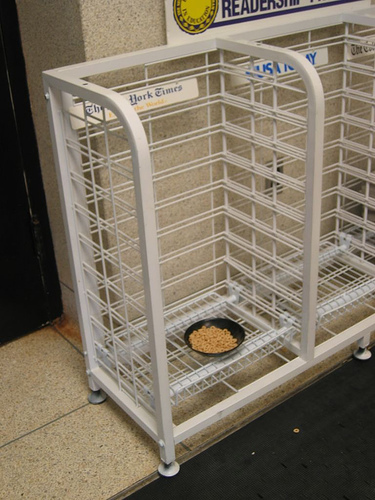